Trending Articles
Home / Everything about Sailing / Hydrofoil Sailing: From Invention to Evolution

Hydrofoil Sailing: From Invention to Evolution

SinaFarzad July 22, 2019 Everything about Sailing Leave a comment 114 Views 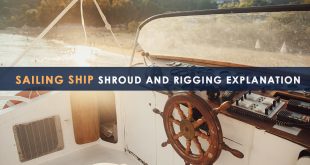 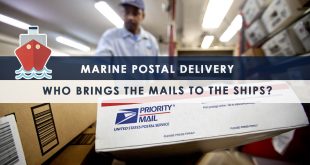 Marine Postal Delivery: Who Brings the Mails to the Ships? 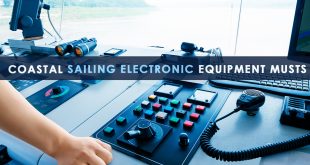 Seafaring has changed a lot thanks to the advancement of technology. However, Hydrofoil Sailing is considered to be the latest innovation in this field. So, let’s see where this valuable additional boat component comes from. And, seriously, who invented the foiling sailing? Was it the guy who created the telephone?

Hydrofoil Sailing: From Invention to Evolution 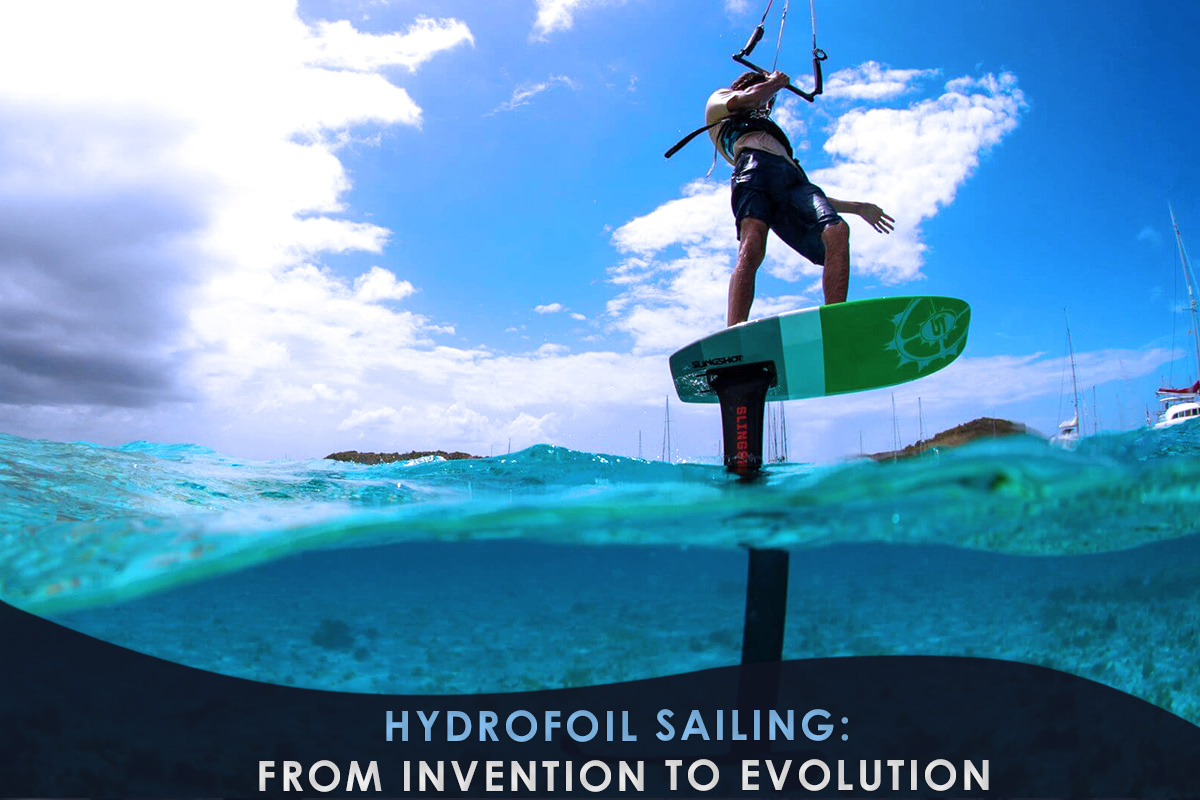 This time at Sailingyes, we’re going to review the short-but-amusing history of Hydrofoil Sailing. We’ll let you know who is the real creator of the foiling sailing and will try to explain the science behind it. Moreover, we’ll inspect the folk believes to see if these objects are like vertical airplane wings—or it’s just a falsehood!

37 years before Bell (the creator of the telephone), a French guy named “Farcot” introduced the basics of foils in Britain. But “Graham Bell.” in 1906, read a paper on the fundamentals of this phenomenon and became interested in the topic.

He and his assistant, “Casey Baldwin.” started to inspect the designs of a scientist called “Forlanini” who had created an elementary model in 1898.

The combination of Forlanini’s work with the ideas of Bell and Baldwin led to the first functioning foil structure, HD-4. They achieved a maximum speed of 47 knots—which equals 54 mph.

So, “Graham Bell” is not the inventor of hydrofoil sailing but his contributions made it easy for other scientists to give us the modern models. 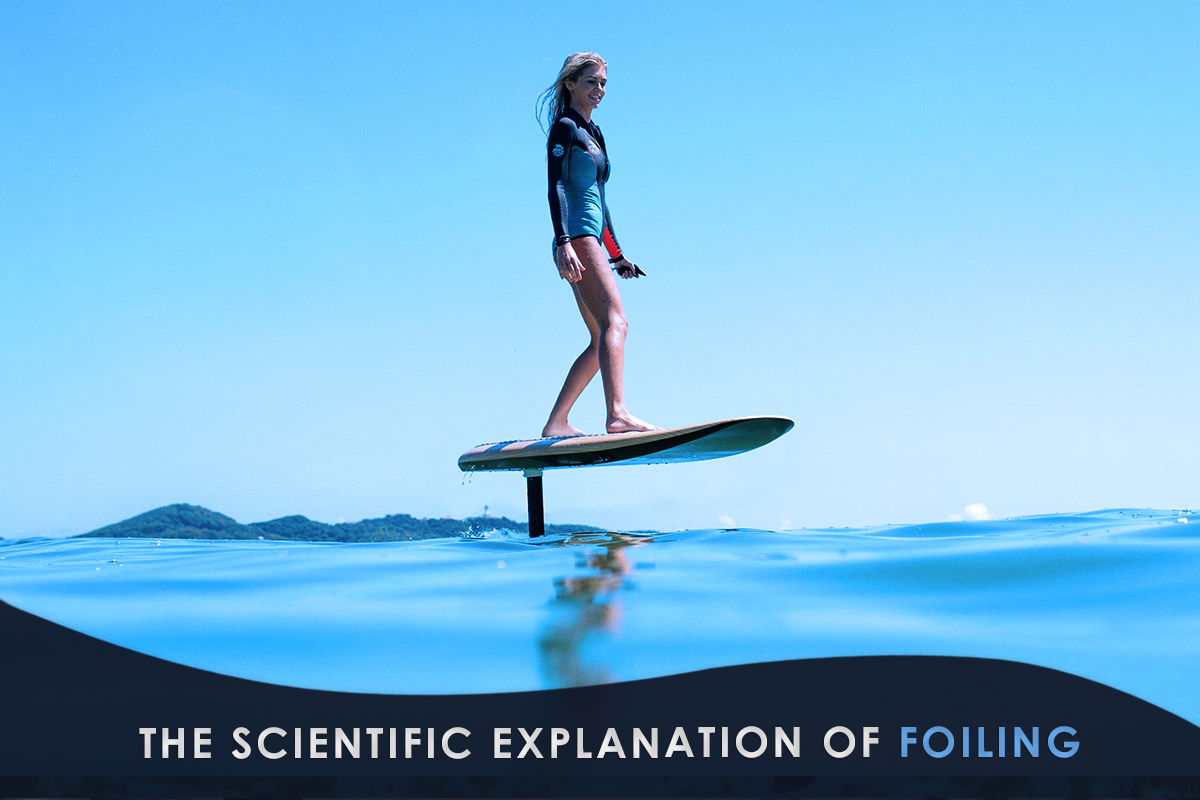 The Scientific Explanation of Foiling

When a foil travels in the water with an angle, it hastens it downward. According to Newton’s second and third low (i.e. Force = Mass * Acceleration), this force should create the same amount of energy in the opposite path, upward.

So, the reason why such a tool pulls the watercraft out of the sea surface is that it’s pushing it down. This is different from what pop science has told about this modern keel.

Unlike what some believe, H2O particles that split by the frontend of this component are not supposed to reach the backend at the same time. So, the widely held idea of having low- and high-pressure molecules on each side is not a good one.

Moreover, applying Bernoulli’s principle (i.e. a rise in the speed of a liquid occurs simultaneously with a decrease in pressure or a decrease in the fluid’s potential energy), doesn’t make any sense when it comes to foiling. That’s because this principle doesn’t seem applicable to the fluids across the stream.

It Produces More Power than an Airplane Wing

The science of aerodynamics has shown us the importance of gas density when it comes to moving objects. We build airplanes with huge wings to overcome the resistance force of the air—because it’s too light. However, H2O is almost 1000 times thicker than the atmosphere, and this means the generated force by an aircraft wing under the sea would be 1000 times more than the air.

For this reason, you can have a very tiny piece attached to a large vessel, yet be able to hold it above the surface. So, underwater keels can produce more force/power than the airplane wings due to the higher density of H2O. This also allows them to travel as twice as fast as the wind!

Evolution of a New Class – The Moth

A moth was a very inexpensive watercraft usually made by an amateur builder for recreational usage. But this has changed a lot since the evolution of Hydrosails. After a couple of attempts, Andy Paterson developed the first foil-contained moth. His model had a tripod-like part that would help the vessel fly over the water—if you will.

Paterson’s moth was not a reliable one and needed lots of modifications as it was almost the first of its kind. So, lots of people tried to adjust changes to his design, making it perform better. And some of them were pretty much successful.

Several years after the development and evolution of hydrofoil moths, however, Brett Burvill managed to win the Moth World Championship in 2001 with a foil-attached boat. He used his customized vessel, and it was the first time such a craft won the World Championship. But the fun fact is that all the winners in this competition have been hydrofoil vessels ever since.

The modified moths, eventually, formed a whole new class called the Moth Class. And nowadays, this once-a-cheap vessel is a luxurious craft!

The Appearance of Hydrosails in America’s Cup

In 2012, the Emirate Team New Zealand brought the first foil-contained boat to America’s Cup. It was AC72, a catamaran that has never been pulled out of the water before!

Ever since, all the competitors in America’s Cup customized their vessels, changing to foiling systems. And now, all you can see at this competition is a couple of above-water flying objects racing.

America’s Cup is the oldest international competition that has existed since 1851—even before the Olympic Games. But the New Zealand team changed it for the better. They carried a modern way of seafaring through introducing the Hydrosail crafts in 2012.

This component is a foil that engineers join to the stern of a vessel and reduce its fuel consumption. Such a tool would decrease the needed power by enhancing the flow around the aft-body of the watercraft.

When utilized professionally, this simple element can reduce fuel consumption by up to 15%. Although it works best for the moderate-speeded ships, they can enhance the performance of fast ones as well.

The versatility of this component has made it a very popular tool. (engineers can join it to a vessel without a dry-dock). 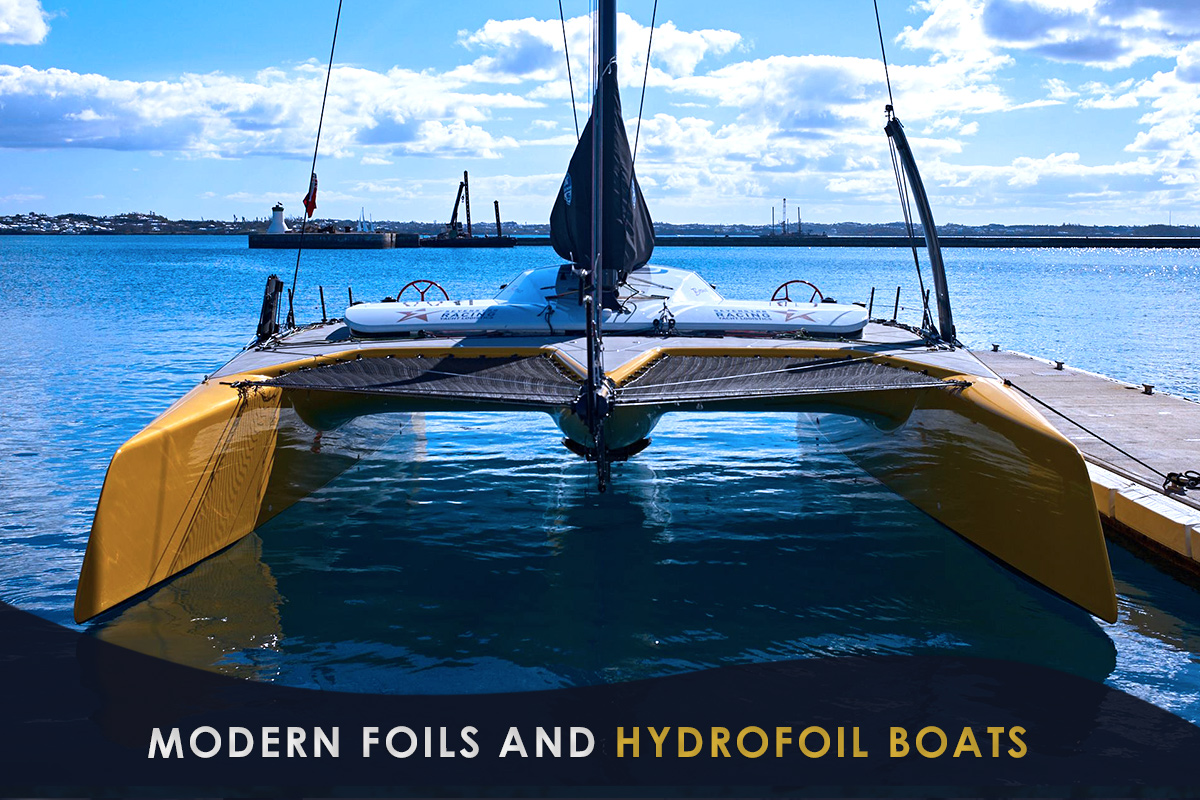 Today, we have a variety of modern keels. You can see the foils attached to keelboats, waterskiing boards, surfboards, sailboats, and even large yachts. Technology advancements, however, have made the modern pieces much lighter, much stronger, and much faster.

The material used to make these hydrofoil sailing components is now carbon fiber— a very resilient and light material. This has led to a new generation of watercraft sometimes even requiring no current or wind to move!

eFoil, for instance, is an electric surfboard that uses the electricity power to generate the movement. Plus, it keeps the surfer above the sea in the absence of current and wind.

Previous Kayak Sailing Manual: Choosing and Navigating the Craft
Next Boating on Belton Lake in Texas: Things to Know & Places to Go 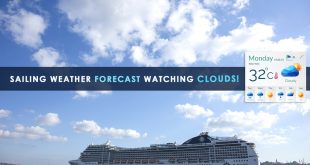